Traditional Chiropractic focuses on goals such as decreasing muscle spasms, increasing range of motion, and the temporary reduction of pain. This is how most chiropractors practice and most of them do a great job. However, it falls under the category of symptom relief/ symptom management aka “band aid” care.

At True Chiropractic, our focus is on NeuroStructural Correction. Think of your spine as the foundation for a building. If the foundation was off, would you expect the floors to creak, the walls to creak, and for the windows to not close properly?

Now you can spend time patching all the damage, but you would be doing so with the expectation that in a short time the problems will have to be… repaired again and again.

Get Back to Normal

Rather than constantly repairing the damage, at True Chiropractic, we focus on correcting the underlying NeuroStructural Shifts and help you reach Normal Structure.

Our services are not for everyone. However, if you are tired of constantly patching the problem and you are looking for a long term solution that you can both feel and see for yourself, then True Chiropractic may be the right place for you.

What is a NeuroStructural Shift?

While no one is structurally perfect, there is a normal healthy range. In the same manner, we can understand what a fever is because we know what the normal temperature is, or what constitutes high blood pressure because we are aware of the normal range. There are established normals everywhere we look, including gauges and warning indicators on the dashboard of your car… letting you know when things are abnormal.

At True Chiropractic, we are looking for a significant three-dimensional shift of the spine away from normal. If the lower back or hips shift, it will cause the shoulders to twist, and the head and neck to shift forcing the entire spine out of alignment. These shifts cause the muscles to spasm, the ligaments to deform, and it disrupts the NERVES traveling down the spinal cord. In other words, the main communication system that connects your brain to your body can be disrupted causing the body to fail to adapt properly. 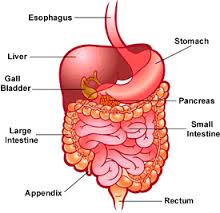 What most people don't know about Chiropractic Care...

Nerves from many regions of the spine have a definite digestion connection. These spinal nerves are capable of speeding up or slowing down the passage of food through the gastrointestinal tract, increasing or decreasing the amount of digestive juices secreted into the tract, and sending a greater or lesser supply of blood to various digestive organs. The consequences of disturbing these spinal nerves are not necessarily limited to spinal pain, but can potentially involve any function affected by these nerves, including digestion.
An Australian survey of 1,494 chiropractic patients revealed that spinal pain is often accompanied by heartburn or indigestion. The majority of these patients never told their doctors of chiropractic about their stomach symptoms - only their spinal pain, which usually was located between the shoulder blades. Of the patients with indigestion or heartburn, 22 percent reported relief from their digestive symptoms, as well as their spinal pain, while under chiropractic care.
Unfortunately, many people with back pain, neck pain, tension headache and other types of spinal pain turn to painkilling medications before trying chiropractic care. This decision may be detrimental to digestive health. For example, the American Gastroenterological Association estimates that some 16,500 Americans die each year from bleeding ulcers related to the use of nonsteroidal, anti-inflammatory drugs (NSAIDs).  This category of drugs includes several that are commonly taken for spinal pain, such as Aspirin, Advil, Aleve, Motrin, and Naprosyn.
Tylenol is not an NSAID and is not believed to be responsible for significant numbers of bleeding ulcers, but it has been linked to another digestive problem - liver damage.  The risk to the liver posed by Tylenol is especially severe in patients already taking other medications with known liver toxicity.
No painkilling drug can match the safety record of chiropractic care. Is it reasonable to make painkilling drugs your first line of defense against spinal pain? Or is it more intelligent to consider this approach: Chiropractic first, drugs second, surgery last?
Email ThisBlogThis!Share to TwitterShare to FacebookShare to Pinterest
Newer Post Older Post Home

What are Secondary Conditions?

What do I need to know before my Examination?

What to expect in our NeuroStructural Correction Examination:

The NeuroStructural examination is not only designed to detect NeuroStructural Shifts, but allows for a better understanding of “normal” and a complete understanding of the underlying cause of your condition. After your examination, you will be scheduled for a conference where we will explain our findings, how we can help you, and how things work if you should decide to work with our practice.

What are my Options?

There are a wide variety of options offered by medical and alternative medicine practitioners. Most doctors are focused on pain and symptom management, and they do an excellent job. The first type of treatment would focus on medication or herbal/ homeopathic remedies which can turn off pain receptors. Then the next step would be different forms of physical therapy that would be used to strengthen muscular weakness, address spasms, or increase mobility. Injection programs would then be introduced to calm the pain. When those don’t work, more invasive procedures such as surgery come into play.

All of these options are effective in the appropriate time and place and are geared towards different goals. Our goal is to correct the neural and structural integrity of your spine.

Dr. Jason Wing Louie has built excellent relationships with the best health care providers in the community. If during the consultation he finds that True Chiropractic is not right for you, he will make sure to find the best practitioner that can adequately address your specific condition.

What Can True Chiropractic do for Me?

At True Chiropractic, our focus will be a thorough structural and neurological correction of your spine. Dr. Jason Wing Louie is 1 of approximately 200 doctors in the world trained to do NeuroStructural Correction work via the Gonstead system of spinal correction. The specific and gentle nature of the Gonstead correction allows for the maximum acceptance and ease of structural alignment. It is also accomplished without any forceful adjusting, twisting, or cracking of the spine.

True Chiropractic uses pre and post NeuroStructural shift detection to verify the body is properly aligned and the nervous system is functioning properly. By correcting the structure of the spine, it will relieve pressure on the disc and nerves that are causing your specific secondary conditions.

We realize that some people are only looking for temporary relief, or a short term answer for their secondary conditions, and there’s nothing wrong with that. There are plenty of professionals in the community that provide this type of service, and we’ll be happy to direct you to the ones we trust.

We find that those looking for a long term solution to their problem or seek to prevent future ailments find that our office fits well in accomplishing those goals.

How Do I Work with True Chiropractic?

Most of our patients are referred to us by other patients, their medical doctor, or their current traditional chiropractor. The reason that our practice is built on referrals is because of simplicity and transparency.

Step 2: If you like what you hear, you have the option to proceed forward with a NeuroStructural Chiropractic examination.

Step 3: After your NeuroStructural Chiropractic examination, we will schedule a conference where we will review what we found and how we can help you.

It is as simple as that.

Dr. Jason Wing Louie
2860 Middle Street, Little Canada, MN 55117, United States
Dr. Jason Wing Louie has been in practice since 2002 specializing in NeuroStructural Chiropractic Care with an emphasis on protection care. He has a strong emphasis on educating the public about true health to aid the body to naturally heal through ChiropracTIC adjustments.